“My business was consuming me”

WANT TO SEE HOW YOU CAN GET RESULTS LIKE THIS TOO? BOOK A CALL WITH US! 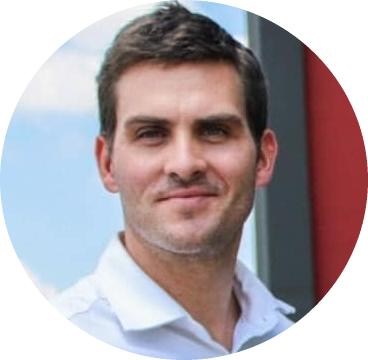 JJ runs a coaching business working with medium to large organisations. He helps these organizations to align the different teams and management, focusing on culture and communication to help them grow rapidly.

He only had one big client and was completely self employed and he wanted to be able to grow the business without being the business.

He was the business and everything relied on him, what he wanted was to build a product so he could bring people in to help him deliver and grow.

He had no sales process, no marketing process, working 18 hour days, charging time for money and no way to scale

How has your business changed?

“I would I would say that's pretty much a 40% revenue growth consistently by now. I went from 1 client to 5 clients and 4 HOT leads. I actually appointed two people, for the last three months or so that the resistance that assists me in growing the business. So I think my time is, let's say, from an 18 hour, 16 hour day, it's kind of it's still there. So it's almost like 12 hours now, I would say consistently, which is pretty much normal for a business owner, but I must say, it's not consuming me that much. Because I can, I can delegate a lot of things.”

How has your mindset changed?

The 4 biggest benefits JJ got from the program?

What were some of the challenges you faced going through the program?

“2 things - Really understanding how to prioritize my time - I was so busy so trying to get it all in was a bit scary, but you helped me plan it out and I went and did the work and showed up for the calls and it changed everything. The 2nd thing was the new methods, the platform and the words to use, Id never done it before but you guys helped me every step of the way and it worked!”

“You guys are everywhere, asking questions, holding me accountable and you really care about my business and success. You helped me every step of the way. It feels like someone is guiding me all the way and I'm not alone!

What would you say to someone who is looking to do the Rainmaker Program?

“Close your eyes and just say yes and go, you won't make a mistake. It'll be the best decision you've ever made. Because it's mine. It's my best decision ever, working with you guys is amazing.”

"You won't make a mistake, It'll be the best decision you'd ever make.
Because it's mine. It's my best decision ever, to be honest"

WANT TO SEE HOW YOU CAN GET RESULTS LIKE THIS TOO?

WHERE CAN WE SEND YOUR GIFT?